A downloadable game for Windows

On the Moon stands a monstrous castle, and you it’s shining bloodsworn knight!

A fast-paced single player base defence FPS. Leap, glide and dash around the surface of the moon!

Don the armor of Sir Barnabas the Lunar, Grand Duke of the Moon, Justice Executor, Pontiff & Knight of the Holy Orbit!

Defend your castle against waves of invading astronauts. They attack the three beating hearts of Castle Moon.

Maneuver the castle grounds by jumping, dashing and gliding through the courtyard, library and throne room. With your trusty living gun at your side you must vanquish the invading humans!

You are the hero of this blood-soaked tale! Only the bravest astronauts have been sent on this perilous mission to defeat the monstrous Castle Moon. It is your duty to grind them into moondust!

A knight plucked from the past, you are Sir Barnabas, who has mastered the Castle’s blood magic over the course of thousands of years. Now he must face his ultimate challenge, armed with naught but his living gun. He shall not fail!

Sir Barnabas the Lunar, Grand Duke of the Moon, Justice Executor, Pontiff & Knight of the Holy Orbit must eradicate the pathetic humans who would destroy his Master and home!

O’ noble knight! Make your stand by reaching a new HIGH SCORE, then challenge it once more!

How far will you go to vanquish the scourge of humanity? 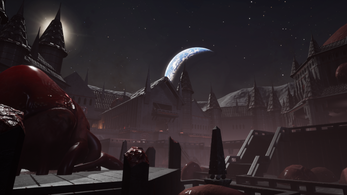 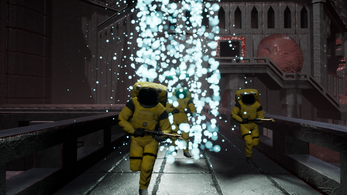 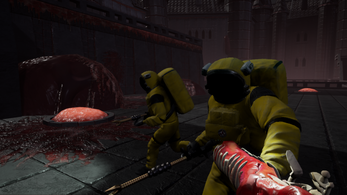 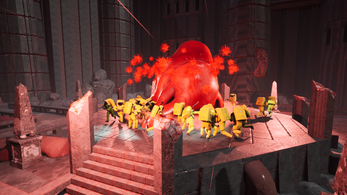 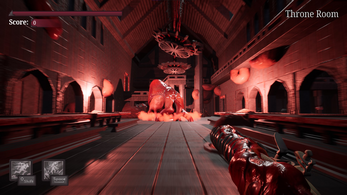